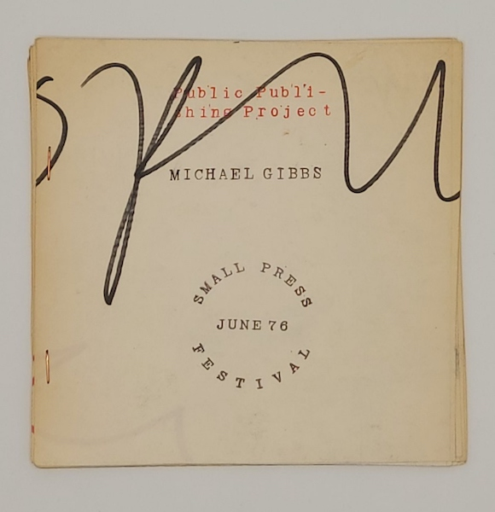 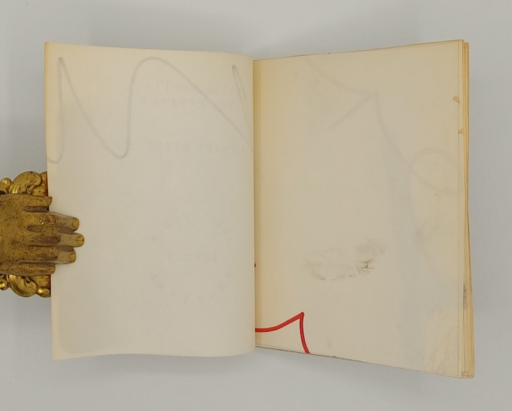 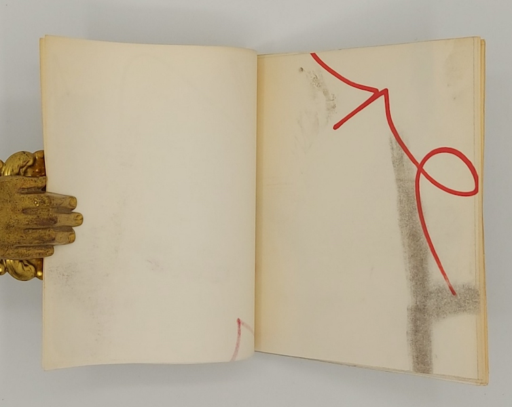 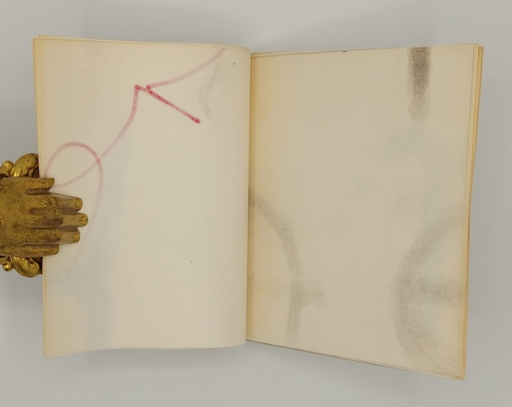 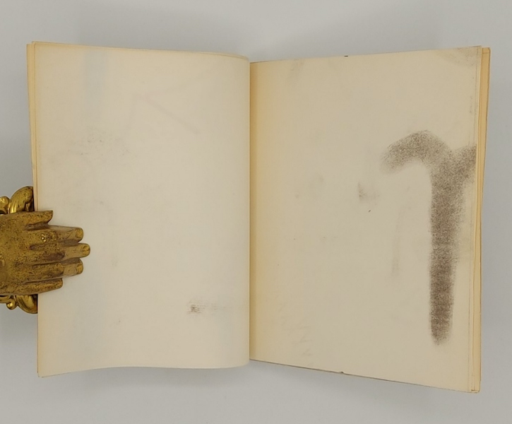 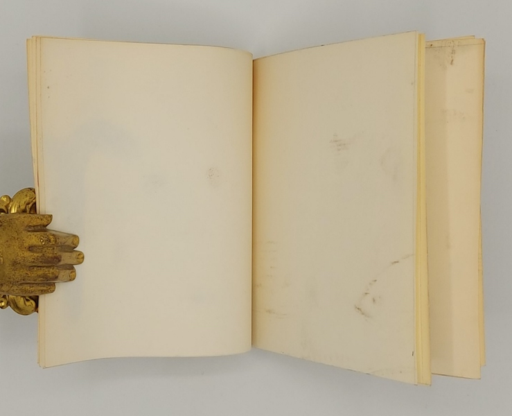 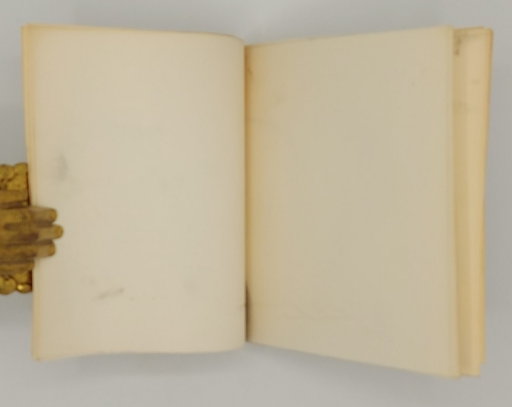 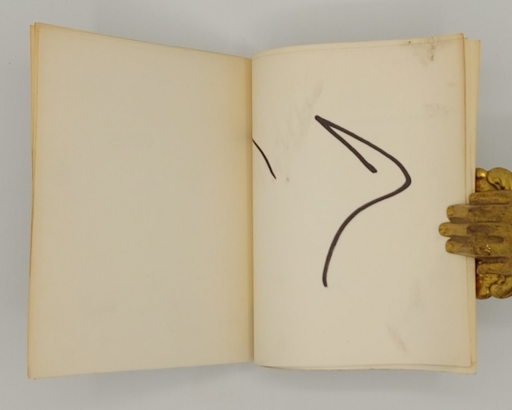 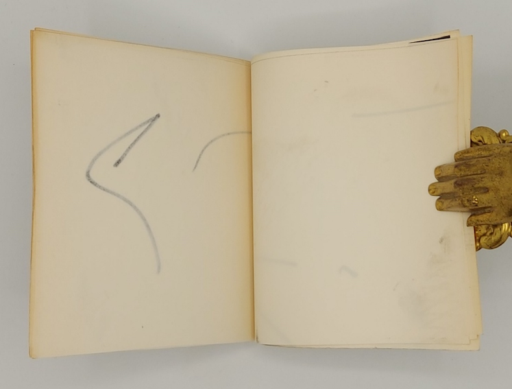 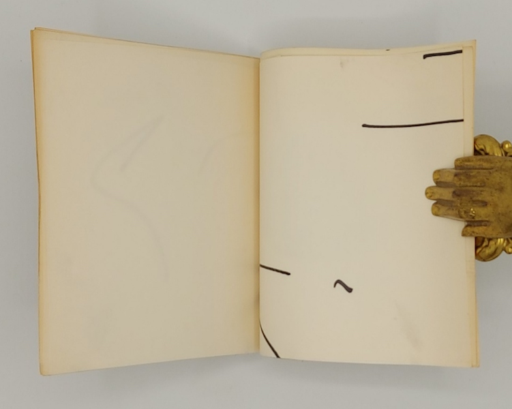 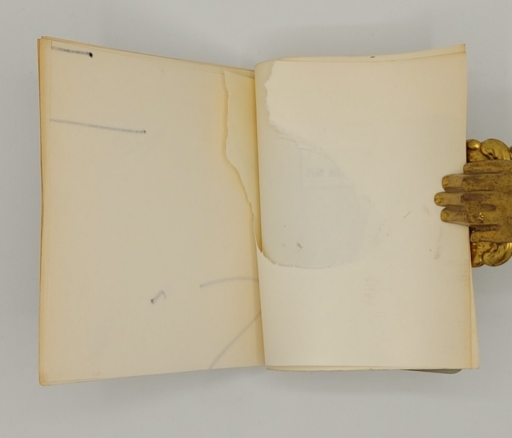 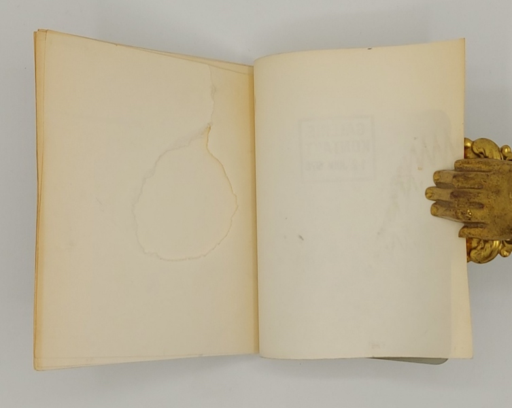 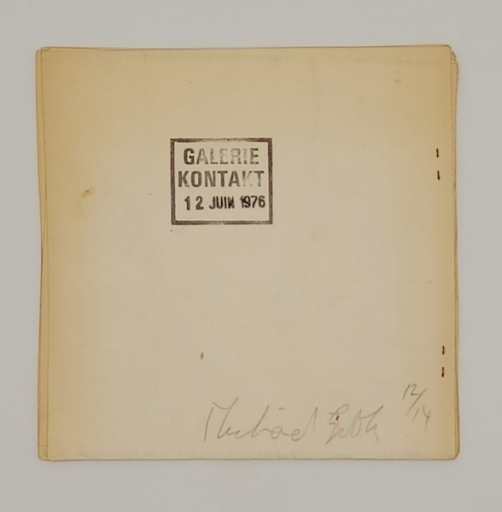 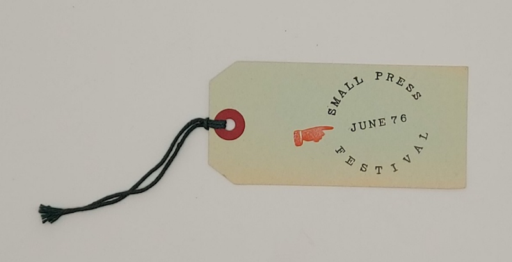 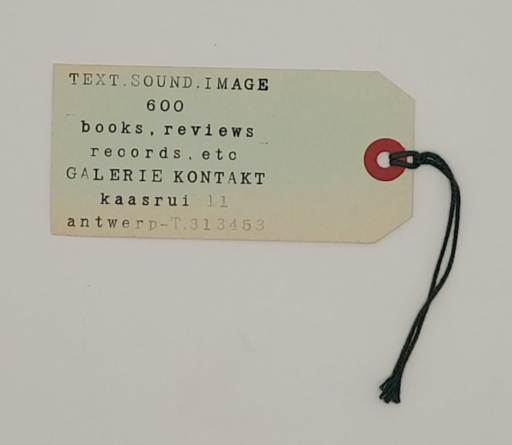 Published on the occasion of the Text Sound Image: Small Press Festival 1976 held in Antwerp, the first exhibition organized by Guy Schraenen’s A.S.P.C.. This publication is an outspoken illustration of Gibb’s artistic handling of text. Ref.3
Good condition. Rare.

- Michael Gibbs (1949 Croydon/London – 2009 Amsterdam)
artist, writer, poet and publicist. In his performances Gibbs ‘took the text off the page and onto the stage’. He experimented with language, made concrete-, visual- and sound-poetry, installations with video and photography. He developed stamp art, mail art, artist’s books. He published the magazine Kontexts and worked with Guy Schraenen, John Cage, William Burroughs, Fluxus-artists and many others. Artistbooks: The idea that an artwork could be best presented in the form of a book became important for Michael Gibbs as well. His methods were the same as in his performances: to make his Wounded Book he healed his publication and in his All or Nothing. An anthology of blanc books he combines a series of books that reduced language to a minimum. Ref.3

- Guy Schraenen (1941 London – 2018 Paris)
Belgian curator, publisher and essayist. In 1974 he co-founded the renowned Archive for Small Press and Communication (ASSPC).
That was part of an important international network within the independent art press. He became famous in the art world for his tireless work with artists and artist archives. He supported artists from all over the world trough many initiatives, including his own Archive Space.
His work for Polish artists in the 1970s in particular proved to be a great support for their international advancement. From 1966 to 1976 he also led Galerie Kontakt in Antwerp, where he showed work by Jef Geys, Georges Vantongerloo, Lucio Fontana and others. He also had his own publishing house, Guy Schraenen éditeur, with which he published a stream of publications. In 1989 he became curator of the collection artist publications ‘A Museum within a Museum’ at the Museum Weserburg in Bremen. That museum also took over the Archive for Small Press and Communication in 1999. Ref.1
His various projects focused primarily on the many forms of artist publications of the various international avant-garde and independent art movements of the late 1950s to 1980s.. He was probably the only protagonist to deal with this genre of art in all possible roles – making him an important link between artists, institutions, and the public. Ref. 2