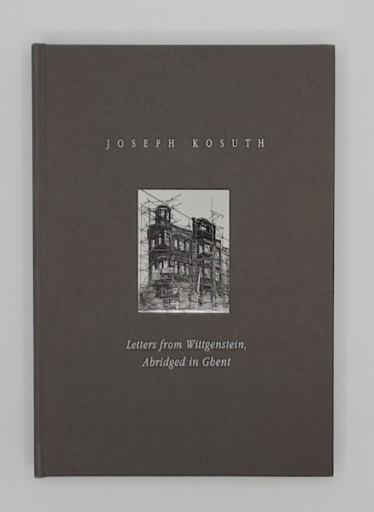 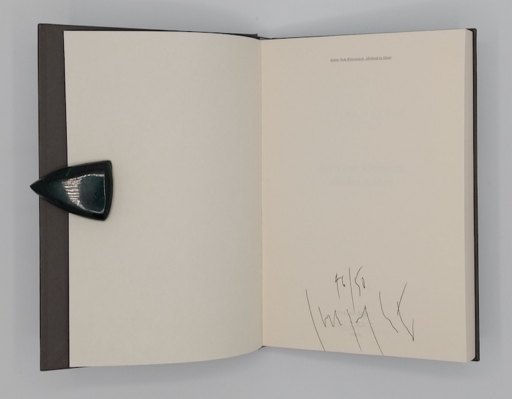 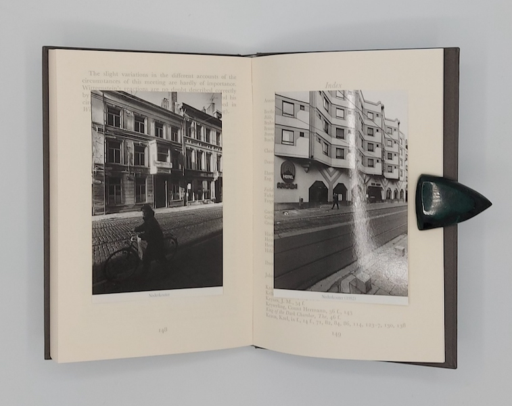 Letters from Wittgenstein, Abridged in Ghent

Artist book in a deluxe edition, condition as new (light spot on the right picture is due to reflection).

‘Shadow background is provided by the collected letters of Ludwig Wittgenstein’s friend and collaborator, Paul Engelmann, upon which hand-tipped photographs tell of the ongoing destruction of Ghent, Belgium. Ref.1

- Joseph Kosuth (born January 31, 1945) is an American conceptual artist, lives in New York and London, after having resided in various cities in Europe, including Ghent and Rome. One of the wave of conceptual artists to emerge in the late 1960s, he frequently uses language or texts in his works, including definitions. Ref.2