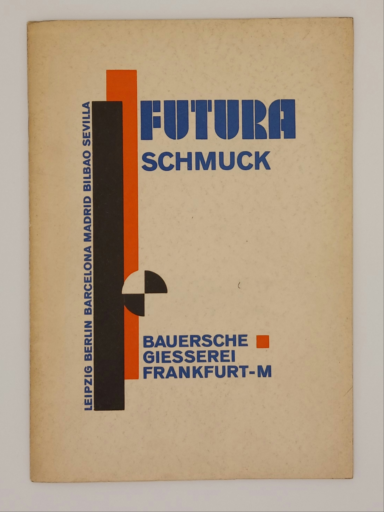 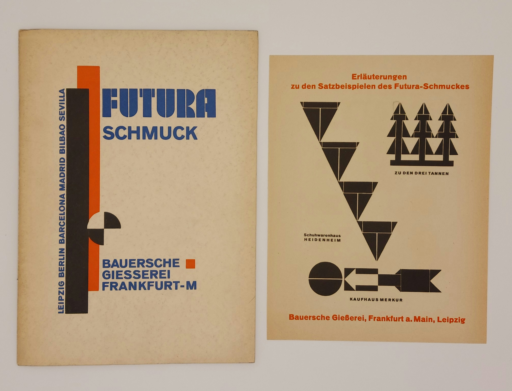 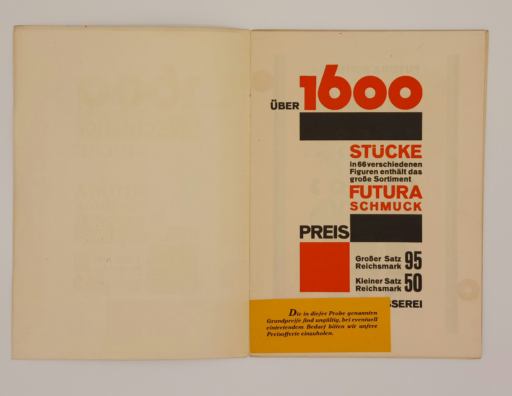 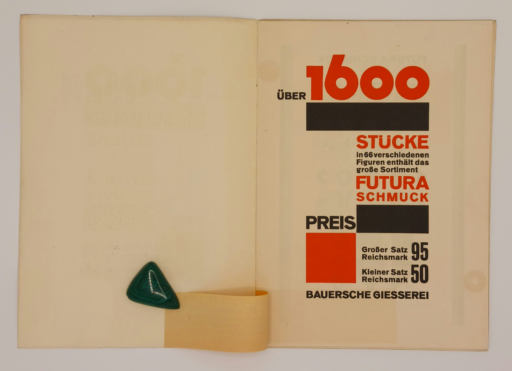 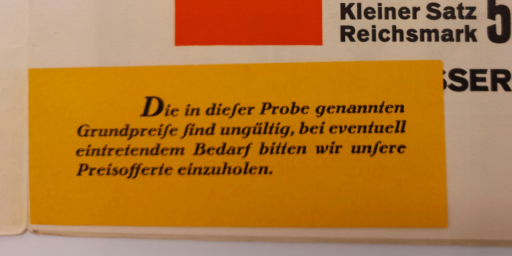 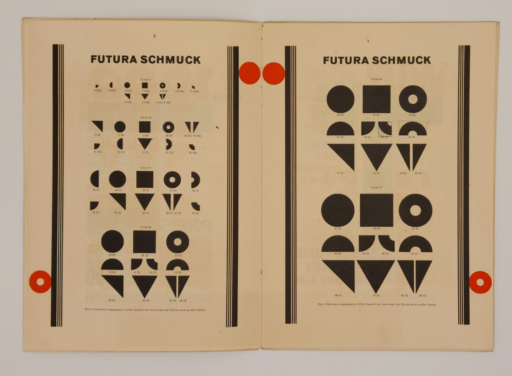 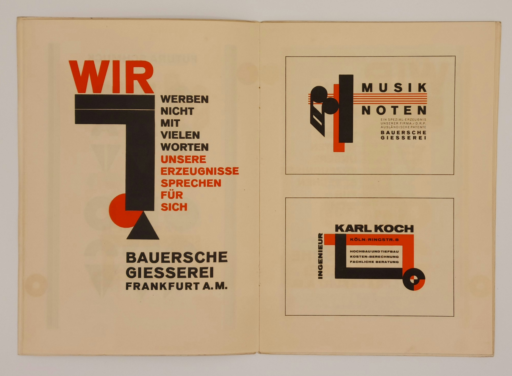 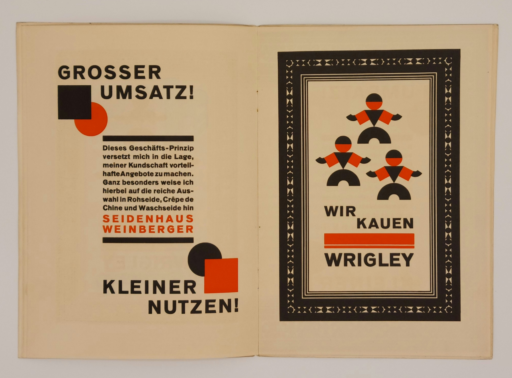 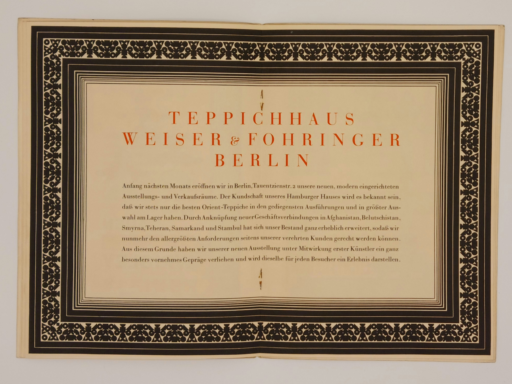 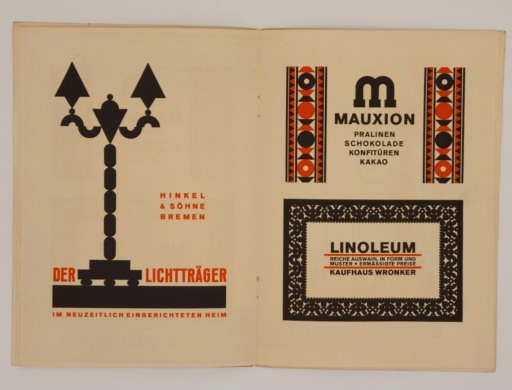 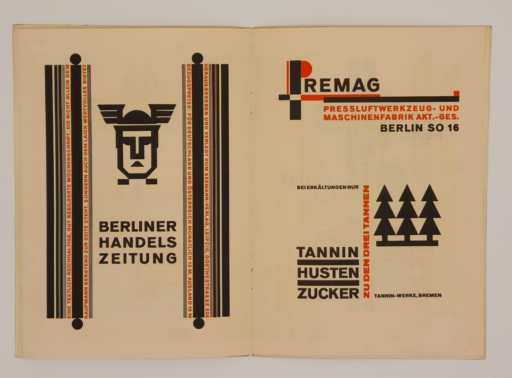 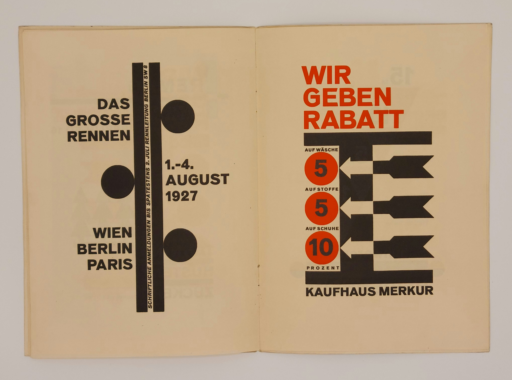 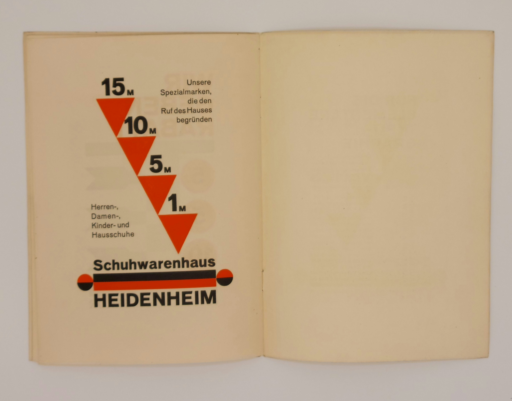 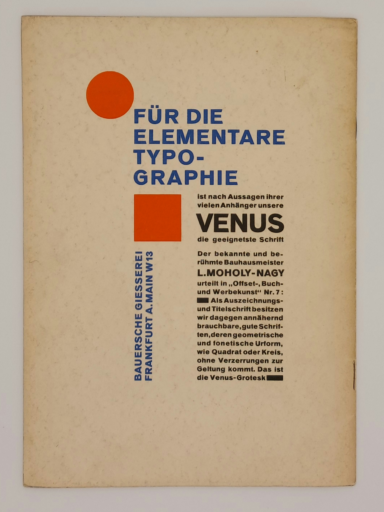 FUTURA SCHMUCK
Futura is the font most readily associated with Jan Tschichold's idea that New Typography must be characteristic of the modern age, with its' pure geometry perfectly reflecting the industrial culture of postwar Europe. When Tschichold lauded the engineer whose work is marked by "economy, precision and the use of pure constructional forms that correspond to the functions of the object," he could have been describing Renner’s typeface.

Paul Renner ( 1878 – 1956) was a central figure in the German artistic movements of the 1920s and 1930s, becoming an early and prominent member of the Deutscher Werkbund while creating his first book designs for various Munich-based publishers. As the author of numerous texts such as Typografie als Kunst (Typography as Art) and Die Kunst der Typographie (The Art of Typography) he created a new set of guidelines for balanced book design. Renner taught with Jan Tschichold in the 1930s and was a key participant in the heated ideological and artistic debates of that time. Arrested and dismissed from his post by the Nazis, he eventually emerged as a voice of experience and reason in the postwar years. Throughout this tumultuous period he produced a body of work of the highest distinction.